Wastahili Wellness Centre endeavours to avail a wide range and quality counseling service that make a positive difference in the lives of people. Below are some of the services you may want to get from us;

One cannot discuss health without taking the wholesome nature of created humanity into consideration. The human person is made of both body and soul. The smallest unit of the human society is the natural family. Any disturbances to any aspect of the Human Life Cycle will adversely affect health and wellness. Informed consent is an essential component of health care. Informed consent means making a health decision after learning about and considering all the available options.

A complete state of physical, mental, spiritual, family and environmental well-being, and not merely the absence of disease or infirmity in all matters reproduction. (ICPD 25 Side event; Vitae et Familia, 2019)

NFP is part of a much wider concept called Fertility Education and Fertility Care, described above in FEMM This is a form of birth spacing that respects the natural anatomy and physiology of the human body, therefore has no adverse effects.. Women who are educated about their Fertility Cycle are empowered to take charge of their total wellness and fertility goals. 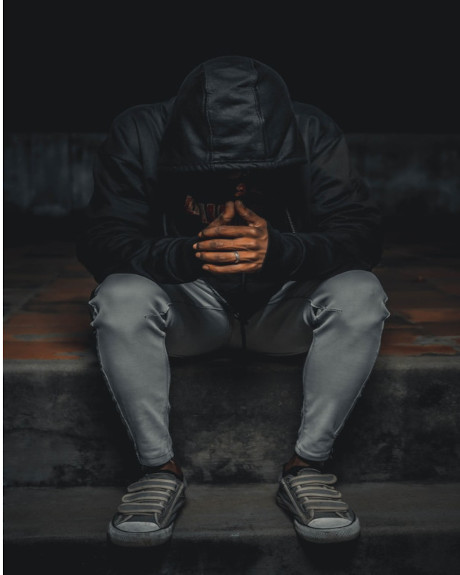 Holistic Wellness has 8 dimensions;
Women's Health
Informed consent is an essential component of health care. Informed consent means making a health decision after learning about and considering all the available options. Unfortunately, evidence shows that most women do not understand how their bodies work, and are therefore unable to make the best health care decisions for themselves. We offer health literacy, which is an awareness of the behaviours that affect their general and reproductive health over the course of their lives, such as adequate nutrition, exercise and sleep. They are empowered with knowledge about how various treatment approaches or drugs like contraceptives may affect them. Women often experience shame and stigma surrounding menstruation, which also leads to poorer health outcomes.
Grief Counseling/Therapy
We help the client experience the grieving process in order to understand and accept the loss they have gone through, be it death, career, divorce, a pet etc. so that the person is able to move forward with hope and optimism for the future, and have a meaningful life.
Marriage & Family Counseling

By collaborating with the client through talking, we help the client develop better cognitive and emotional skills in order to develop positive thinking and coping skills when undergoing challenges such as communication, relationships, depression, anxiety, trauma, in marriage and/or family life.
Child Centred Play Therapy
Children are unique persons, worthy of respect and dignity. They are also resilient and have an inherent tendency towards growth and maturity. Play therapy helps them prevent or resolve their psycho-social difficulties, through therapeutic powers of play employed by a trained play therapist. This interpersonal relationship involves the systematic use of a theory model.
OUR SERVICES

Mediation is defined as an informal form of alternative dispute resolution, which is an assisted negotiation process in which there are two or more parties involved in a conflict (disputants), who voluntarily meet with an independent, neutral third party (the mediator) privately (not open to the public) and confidentially, who assists them to resolve their dispute amicably, using specialized communication and negotiation techniques. A settlement is a mutually acceptable win-win solution to the conflict, that adequately and legitimately satisfies the needs, desires and interests of the parties, with dignity, respect and civility. If a case was referred for mediation during litigation,(lawsuit) this settlement is reduced to writing as a legally binding contract, signed by the concerned parties, and filed in court for the passing of an appropriate order, which is enforceable between the parties.
The mediator never imposes a decision upon the parties, and their personal preferences or perceptions do not have any bearing on the dispute resolution process. Since mediation depends upon the commitment of the disputants to engage voluntarily to solve their own problems, they retain the right to decide for themselves whether to settle a dispute or not, and create the terms of any settlement themselves. They can opt out at any stage of the process.
The mediation process is transformative in that it helps improve/restore the relationship between the parties.

Psychological Trauma
A painful, shocking, distressing emotional experience that often has lasting psychological and physical effects.
It occurs in response to an event or an overwhelming experience hereby referred to as a ‘traumatic stressor’ such as a critical incident, outside the range of human endurance and can cause stress.
This stress is a natural response to an abnormal event (critical incident) or series of events that breaks apart one’s ordinary ways of coping and results in the following:
Childhood Trauma(Adverse Childhood Experiences/ACEs)
The ACE study demonstrated that maltreatment and household dysfunction in childhood contribute to health problems decades later. It involves exposure to the following;

The first ACE study was a research study conducted by the American Health Maintenance organizations Kaiser Permanente and the Centres for disease Control and Prevention(CDC). (It was first published in the American Journal of Preventive Medicine). First published in the American Journal of Preventive Medicine) The study demonstrated a strong association of ACEs with health, behavioral and social problems across the lifespan, including substance use disorders, depression, promiscuity, obesity, depression, heart disease, cancer, chronic lung disease, stroke, diabetes and shortened lifespan. The study is frequently cited as a notable landmark in epidemiological research, and has produced many scientific articles and workshop presentations that examine ACEs; prevalence and consequences. Compared to an ACE score of zero, four ACEs was associated with a seven-fold increase in alcoholism(700%), a doubling of risk of being diagnosed with cancer(200%), and a four-fold increase in emphysema(400%). An ACE score above 6 was associated with a 30-fold increase in attempted suicide(3000%)
The original study questions have been used to develop a 10-item screening questionnaire, including resilience factors. Resilience is the ‘bouncing back’ ability to adapt in the face of difficult experiences in life, and is a trait that people either have or do not have. It involves thoughts, actions and behaviours that can be learned and developed in anyone through therapy.
A high ACE score result in a condition called Co-dependency or Self-Love Deficit Disorder(SLDD) that greatly impacts the health & quality of interpersonal relationships.

Improved definition of health
A complete state of physical, mental, spiritual, family and environmental well-being, and not merely the absence of disease or infirmity. (ICPD 25 Side event; Vitae et Familia, 2019)

Your daughter’s cycle affects her whole health. Teen FEMM Your daughter’s cycle affects her whole health. TeenFEMM classes provide the necessary information to understand what’s normal and healthy at every stage of your daughter’s life.
Often, the first sign of an underlying health problem is an abnormality in ovulation indicated by irregular cycles- most easily identified and treated during adolescent years. Cycle irregularities are associated with several poor health outcomes such as coronary heart disease(CHD), Type 2 Diabetes, and decreased fertility, so it is critical to identify and address the irregularities promptly. The knowledge gained through Teen FEMM can allow adolescents, their families and their doctors to identify underlying health concerns and to treat them as soon as possible. Teen FEMM helps adolescents understand the options relevant to their desired long-term health outcomes.
TeenFEMM classes cover
For more information about FEMM and teenFEMM, visit FEMM’s website (www.femmhealth.org), read the white paper (www.femmhealth.org/about-us/white-paper), and visit FEMM on Facebook (www.facebook.com/FEMMhealth).

A Crisis is an event, or set of circumstances, or a sudden revelation that threatens one’s emotional or physical well-being, and in turn, interferes with one’s routine of daily living. A crisis poses a danger to our sense of well-being, and at the same time, provides us with an opportunity to grow and learn.
For example, the Covid-19 Plandemic caused an adverse effect on people’s mental health due to loss of life and livelihoods. It is important to ensure that you keep caring for yourself and others to cope with these difficult times. It is OK to be angry or sad. Talk about it; allow yourself to grieve.

A pregnancy becomes a crisis when the woman perceives the pregnancy to be a threat to her emotional and physical well-being. This is because of the people in her life, the circumstances that exist and the pressures that bear down upon her. In the context of such a crisis, abortion may be seen as an option in resolving her pregnancy. Any woman who is considering abortion for her unplanned pregnancy is facing a crisis, whether or not she uses those words to describe her situation.

Post Abortion Syndrome (PAS) is a post-traumatic stress disorder (PTSD) commonly experienced by women who have had one or more induced abortions (deliberate killing of the preborn person). This is a Traumatic Loss. Through the process of denial, the woman has blocked the natural grieving process of the death of her child, and has often denied her responsibility in the abortion. This denial or suppression blocks the healing process and the possibility of forgiveness for herself and others. The PTSD often manifests itself as a breakdown of function in her psychological, physical or spiritual wellness. This is due to complicated/pathological grief that is a result of delayed/prolonged grief. PAS Counselling provides a safe space for recovery and healing for both the father and mother of the unborn child. Both parents also need support for other pregnancy losses, including miscarriage and still birth.
Post Abortion Stress(PAS) is the chronic inability to do the following: